skip to main | skip to sidebar

EUGENICS IS BACK IN THE USA! STOP THE GESTAPO!

Posted by osoluckyme at 3:52 PM

Jenny and Scottie at "home" 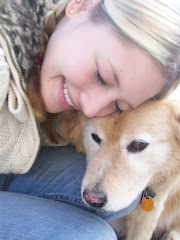 Taken when Jenny ran back home after being taken from a corrupt CPS agency in San Luis Obispo.She was captured that same night & thrown back into fostercare. 2 days later she was shipped out of state against her will.

Jenny & the teddy I gave her. Taken while she was in foster care.

osoluckyme
Far away from USSA, In occured in Atascadero CA, United States
I raised my daughter alone since she was 7 months old. She was kidnapped by San Luis Obispo CPS. This agency took her from school to meet Quotas in order to ontain FEDERAL FUNDS. There was NO Police warrant, NO Investigation, & no Social Worker EVER came to our house. About me: I've owned several businesses which have given me the ability to work from home. My daughter often helped me with my business.Together we've traveled all over the world. We had a beautiful home and a nice life unti we encounted CPS. We were the "average" American family. I was even a foster mother for CPS at one time. They have ripped our lives apart for NO REASON. They took a happy, normal, well adjusted child and traumatized her before my very eyes and the Public needs to know what's really going on!

Disgusted with the system

The Truth about CPS and foster care-Articles